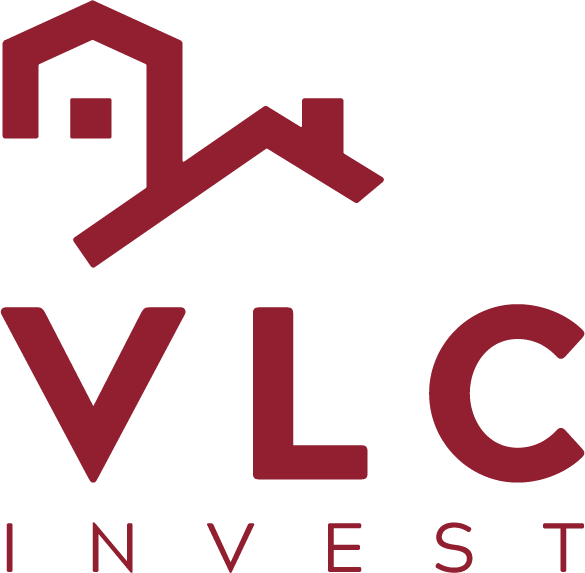 Is it a good time to invest in real estate? Will the Spanish real estate sector reaching its highest point? Is another economic crisis or recession imminent? Should you wait a couple of months to buy a home?

These are the questions asked by our clients every day. However, we cannot provide a 100% correct answer, as to do so we would need a crystal ball allowing us to look into the future.

Within the last months of the 1T-19, we have observed there is more uncertainty at the time someone chooses to invest in active real estate, especially in Valencia.

In order to know if we find ourselves in a possible recession period, we need to keep various factors and indicators in mind, such as economic and political indicators.

An important index we bear in mind is “Purchasing Managers’ Index” (PMI), which paints a global image of the state of each country’s service and manufacturing sectors.

The PMI is based on monthly polls conducted within the largest and most representative companies found in each country. The questions this poll aims to answer are the following: (1) new orders, (2) stock, (3) production, (4) offers and (5) employment. The PMI ranges between 0-100.  When the index is above 50, the country is in a period of expansion, but on the contrary, when the index falls below 50, the country finds itself in a period of economic shortage. The following is as follows:

Within the PMI there are sub-indexes that show, for example, the evolution of unemployment and inflation. 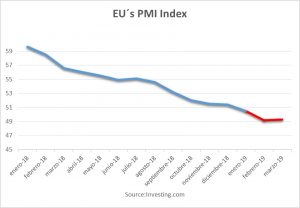 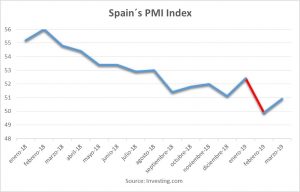 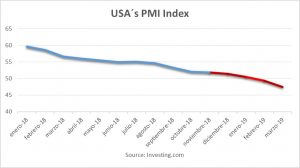 As seen above, during the first trimester of 2019, the PMI index tends to decrease in all three graphs, although the Spanish PMI is the only of the three that increases above 50 in all graphs during the month of March. The data provided by the PMI is not positive, as also shown by the drop in the 10-year American Bonds, falling below the 3-year American Treasury Letters. Nonetheless, it is too soon to tell whether we will be facing another economic fall.

You can find out more about which cookies we are using or switch them off in settings.

This website uses cookies so that we can provide you with the best user experience possible. Cookie information is stored in your browser and performs functions such as recognising you when you return to our website and helping our team to understand which sections of the website you find most interesting and useful.

Strictly Necessary Cookie should be enabled at all times so that we can save your preferences for cookie settings.

If you disable this cookie, we will not be able to save your preferences. This means that every time you visit this website you will need to enable or disable cookies again.

This website uses Google Analytics to collect anonymous information such as the number of visitors to the site, and the most popular pages.

Please enable Strictly Necessary Cookies first so that we can save your preferences!